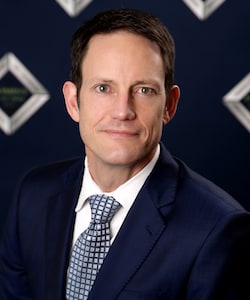 Shawn Dominy-Criminal Defense Attorney & DUI / OVI Defense Lawyer
In Columbus, Ohio
Shawn Dominy is the founding attorney of the Dominy Law Firm, located in Columbus, Ohio.  He helps clients charged with DUI / OVI, criminal offenses, and serious vehicular crimes like vehicular homicide and vehicular assault.  This page of the website is designed to give you more background information about about Shawn Dominy.

Recognition/Awards
Shawn Dominy was selected as one of the Best Lawyers in America®; one of only two lawyers in the state of Ohio named to Best Lawyers for both DUI/OVI defense and criminal defense.  Mr. Dominy is named in the Super Lawyers® list for Ohio, a list which recognizes only 5% of exceptional lawyers in each state.  He was also selected by Super Lawyers® and Columbus Monthly magazine as one of the top 50 lawyers in Columbus, a city with over 8,000 lawyers.  In 2022, Shawn received the Leadership Award from the National College for DUI Defense.

Shawn Dominy received the highest possible rating (AV-Preeminent®) for ethical standards and professional ability from the national Martindale-Hubbell legal directory. He was also named a Top Lawyer by Columbus CEO Magazine. In addition, he holds a 10.0 rating on a scale of 1.0 to 10.0 from Avvo.com, and he is the recipient of Avvo's Client Choice Award.

Formal Education
Shawn Dominy grew up in central Ohio and attended Olentangy Schools. He earned a Bachelor of Arts degree in 1993 from The Ohio State University, where he studied criminology and political science. He graduated from The O.S.U. Moritz College of Law in 1997 and scored in the top five percent on Ohio's bar exam.

Professional Experience
During law school, Shawn Dominy worked for a Columbus attorney with a practice focused on criminal defense and DUI / OVI defense. After graduating from law school in 1997, he formed a partnership with that attorney. In 1999, Shawn Dominy established the Dominy Law Firm, focusing on DUI/OVI defense and criminal defense. He has represented thousands of clients charged with DUI/OVI and criminal offenses, and his cases have ranged from speeding tickets to murder indictments, and everything in between. In 2002, he began proactively developing expertise in the area of DUI/OVI defense. Shawn Dominy has taken dozens of cases through suppression hearings and jury trials, and he has obtained a lot of favorable results, as you can see on the 'Case Results' page. Although he does not currently handle appeals, he has in the past represented clients in Ohio appellate Courts and the federal Sixth Circuit Court of Appeals.

Continuing Education
Formal education at law school should be the beginning, not the end, of an attorney's training.  To achieve expertise in an area of law, ongoing education is crucial.  Shawn Dominy regularly participates in national seminars on the topics of DUI/OVI and criminal law, and he frequently speaks at seminars where he teaches other Ohio attorneys about DUI/OVI.   Shawn Dominy's training specific to Ohio DUI/OVI includes the following:

Publications
Attorneys with expertise in a certain area of law may or may not be published authors.  Shawn Dominy's writings have been published in books, magazines, newspapers, and online articles, including the following:

Classes & Seminars Taught
Although it is not necessary for an attorney to teach classes and seminars to have expertise in an area of law, being asked to teach, especially to other lawyers, is some evidence of an attorney's expertise.  Shawn Dominy has made presentations at several seminars, including the following:

Practice Areas
Shawn Dominy's practice is focused on representing clients charged with criminal offenses, DUI/OVI and serious vehicular crimes like vehicular homicide and vehicular assault. He does not practice other areas of law and handle an occasional DUI/OVI or criminal case: this is all he does, and he enjoys his work.

Consultation
If you would like more information about the Dominy Law Firm, please see the About Us page.  If you would like to talk with Shawn Dominy about your DUI/OVI case or criminal case, please submit a CONTACT FORM or call 614-717-1177 to arrange an initial phone consultation at no cost.