When one of these cases involves an allegation the driver was under the influence of alcohol or drugs, the offense is considered ‘aggravated’. The charge is Aggravated Vehicular Homicide or Aggravated Vehicular Assault. In both types of charges, the consequences are severe, including a mandatory prison term. If you are in that situation, you may want to read through the Ohio Vehicular Homicide Guide or the Ohio Vehicular Assault Guide to gain a better understanding of the situation. Those books are sold online, and the PDF versions can be downloaded for free from this website, as our lawyers authored and edited the books.

As the name implies, field sobriety tests are administered in the ‘field’. Typically, that means the tests are done at or near the crash site. Drivers are not required to take the tests, and there are is no punishment for refusing the tests. Most people do not realize this, so nearly every driver takes the tests when they are requested.

The Horizontal Gaze Nystagmus Test is the test in which the officer has the driver follow a stimulus (a finger or a pen) with their eyes. The officer looks to see if, while following the stimulus horizontally, the eyeballs engage in an involuntary jerking (nystagmus). If the officer observes nystagmus, the officer will consider it evidence the driver is ‘under the influence’ or ‘over the limit’.

The One Leg Stand test requires the driver to stand on one leg for thirty seconds while keeping their hands at their sides and watching the raised foot. During the test, the officer scores ‘clues’ for the driver’s mistakes. Two or more clues on this test is considered evidence the driver is probably ‘under the influence’ or ‘over the limit’.

In addition to those three standardized field sobriety tests, officer may administer additional tests which are not standardized. Those include reciting a partial alphabet without singing and counting backward. Whether the tests are standardized or not, effective cross examination of the officers can demonstrate the tests do not measure intoxication. The tests are correlated with an expected alcohol concentration and have not been correlated with drug intoxication.

Although the drug recognition evaluations are administered by a police officer, they are pseudo-medical exams. The exams include taking the driver’s pulse and vital signs, examining the driver’s eyes, and evaluating the subject’s muscle tone.

Lawyers With Expertise in Sobriety Testing

The lawyers at the Dominy Law Firm have completed the course for DWI Detection and Standardized Field Sobriety Testing from the National Highway Traffic Safety Administration (NHTSA) and the International Association of Chiefs of Police (IACP). This is the same course police officers take. Our lawyers have also completed the course for Advanced Roadside Impaired Driving Enforcement from NHTSA and IACP, which addresses driving under the influence of drugs.

If you are facing a charge of Vehicular Assault or Vehicular Homicide in Columbus or the central Ohio area, our firm can help. Representing clients for serious vehicular crimes is the focus of our practice. If you would like a free phone consultation to discuss representation for your case, you can schedule it by submitting a CONTACT FORM or by calling our office at 614-717-1177. 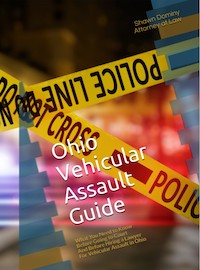 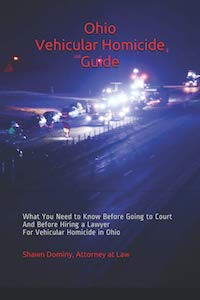